Powerful learners: Students are encouraged to develop the attributes of what it means to be a powerful learner throughout the unit of work. The learning activities facilitate collaboration, curiosity, persistence and enthusiasm.


To engage learners use a visual like the one to below to use as a discussion for the question 'What is justice?' 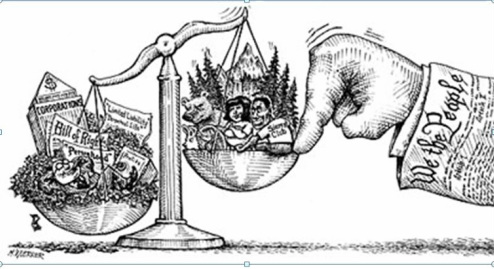 Students can play Cosmo's casebook to support engagement and understanding of democracy and justice. The cases are set in Ancient Rome supporting in depth studies in the Australian Curriculum; History.
Find out what students know by completing a KWH chart as a whole class activity 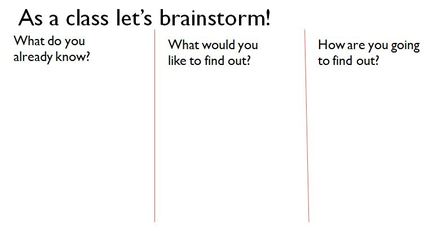 Make a list of 10 things that could happen in court. View the clip below and add any new concepts to your list and your KWH chart.
Having watched the clip I would like to make a few comments to point out some of the differences between what is shown and South Australian courts.
In South Australia, the person who calls on the particular case (or matter) to be heard is called the clerk (in a Magistrate's Court) and Associate (in a higher court).
They do not use a gavel or say order, but simply announce the arrival of the magistrate or judge
by saying, 'Silence, All stand...'
In a Magistrate's Court the Clerk takes on the role of court reporter as well as other duties while Court
Reporters are used in higher courts and record information via a steno machine (pictured in the clip), shorthand (though this is less common now) or via listening to a recording of what has occurred and then typing this information
at a later stage.
Witnesses do take oaths or make promises to tell the truth in court and generally sit near the court reporter.

Cheers Peter
Reflect: Do you have any questions/feelings or wonderings? Write these down in a journal to share within small group and whole class discussions.

Listen to part of this famous speech. What is the name of the speech? Who was it? How does it relate to concept of JUSTICE?
Complete the following statements to use for display to refer to during the unit of work. 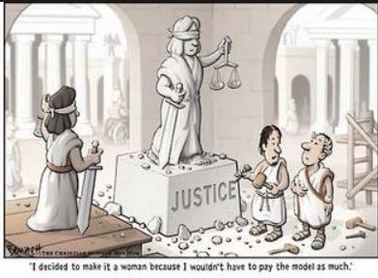 Students can reflect on the following idea:

Is justice equal for all?

Introduce the levels of courts found in Adelaide; Magistrates, Youth and Supreme.

Take a virtual tour at http://www.courts.sa.gov.au/Community/VirtualTour/Pages/default.aspx

It is a core principle of the rule of law that everybody must be treated equally by the law. Every person is entitled to legal representation regardless of personal status. The following cases on the Rule Of Law Institute of Australia website address the ways in which people can access justice if they can not afford it themselves. There are three basic ways people can access the justice system to seek a fair trial:
1. Pro bono
2. Legal aid
3. To represent yourself
The above concepts can be explored in the cases provided in the Access to Justice link on the ROLIA website. Students work in groups to read the case as a guided reading activity answering a particular question which will form a jig saw activity whereby students report their answers to the rest of the group to share their knowledge and understanding of the case.
The pro bono case particularly addresses the Native Titles Act (1993). Students can learn about Eddie Mabo and how he fought to win justice for his people. For extending students' understanding about Australian political history students can visit the Mabo website and use the Timeline to learn about significant events in Australian history that had an effect on the outcome of the Mabo decision (1992). Students can form pairs to discuss and select the events that they believe were the most important and ultimately led to the Mabo Case. Students justify their decisions to the group and use sticky notes to place the date and event on a class timeline.

Analysis of the Courts 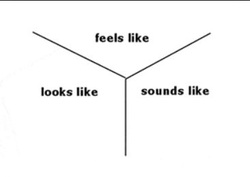 Use the Y chart to begin active discussion about the similarities and differences of the types of courts. 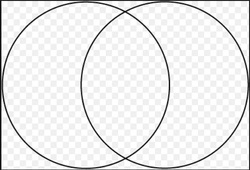 Students can work in small groups to apply their knowledge to the Venn diagram to support their understanding in identifying the differences in types of courts and what each are responsible for ascertaining. 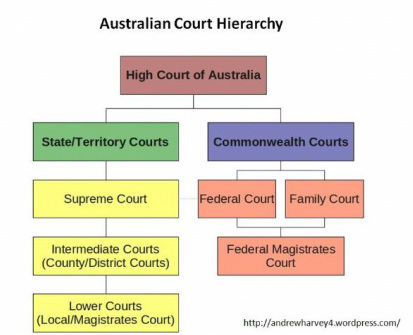 1. Where and when are juries used in this hierarchy?

2. How are judges given their jobs?

3. How many different types of courts are found in South Australia?

5. Explain why they might be situated in these particular areas?

Using knowledge gained from learning about the types of courts in Adelaide and pose the following question for discussion purposes:

Should youth crime be treated differently to adult crime?

Write an opinion! View and ﻿discuss the st﻿ructure, features and purpose of an opinion article from a newspaper. Students create their own opinion piece for the local messenger. Students devise questions that demonstrate varying perspectives eg rich, poor, old and young. The example opinion piece (Lost in space) from the Daily Telegraph and case below could be used as a spring boards for students to write their opinion about a topical issue to do with 'JUSTICE'. Students' articles could be sent to the local messenger to highlight a current important issue that students' feel strongly about.﻿

A magistrate has warned an assault case she is hearing must not be mentioned on social networking sites.

A teenager charged with assaulting another student in an incident which was videoed and posted on the internet has been banned from going within 100 metres of the school.

The boy, 16, made a first appearance in the Youth Court at Elizabeth in Adelaide, where his bail was varied.

The court was told the victim's sister attended the school involved and the accused was often seen at the school gates picking up his girlfriend.

Magistrate Patricia Rowe warned both boys and the victim, who was present with his mother, not to publish any details of the cases on any social networking sites 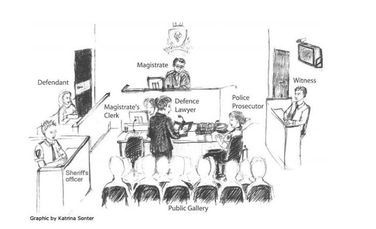 Students use a Venn Diagram to compare the similarities and differences between the types of courts. From a picture of a courtroom scene make generalisations about its: size, colour, uses, materials used, various parts and shapes


Then complete the following statement 'All courts have....'

Students research the architecture and historical significance to design a 3D model of courthouse using the program google sketchup 8. through this activity students build on their knowledge of shape through their 2D and 3D representations. Students also practise using scale and measurement. 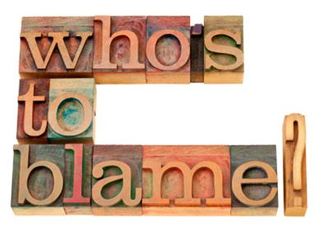 Use a PMI chart to explore the following statement.

'Parents should be made accountable for the actions of their children.'

Excursion to the Law Courts and Migration Museum

Visit the Outreach Education website for more information about the programs that are available.

Complete the activity 'Who killed Eddie Echidna?'
This PDF is from a power point that takes students through the story of Eddie Echidna and his possible trial.
It includes instructions for students, images of photo boards used by investigators, images of students doing the activity and ideas on how to complement it with some cross-curricular activities.

The following documents can be downloaded and used during the assessment phases of the Learning Program. The task sheet and rubric outlines the summative assessment 'Mock Trial' specified in the Learning Program. The anecdotal checklist should be distributed at the beginning of the program for students to glue into their Learning Journals. This will assist students in keeping track of the learning experiences undertaken throughout the term.

Download File
A survey has been created for students to reflect further on both their learning and how well they thought the unit was both planned and paced.
https://www.surveymonkey.com/s/M6LD5XY

The Year 6/7 class is reading 'Holes' written by Louis Sachar. The story explores the social constructs of disadvantage and how this can impact on equality within the justice system. A middle school student from a disadvantaged background is wrongly accused of stealing and finds himself sentenced to Camp Green; a juvenile facility for youths found guilty of committing a crime.

The year 5/6 class is reading 'Once' by Morris Gleitzman. In this story the author explores the effects of war on children and how the inequality of law and government(s) during times of war can force people to make decisions they wouldn't normally.